Download Add to Lightbox Add to Cart
Image 1 of 1
1952-Speed-Graphic-Camera.jpg 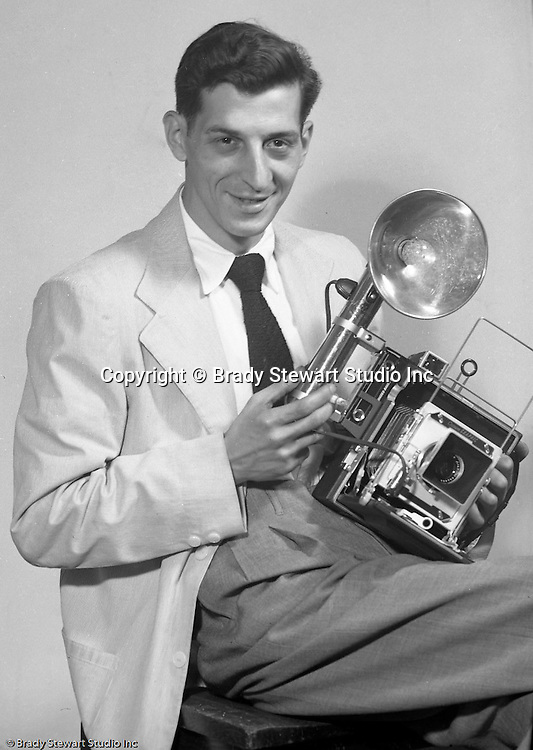 Brady Stewart Studio photographer Ross Catanza. Ross was the first outside photographer hired by the studio and was trained by Brady Stewart. Here is Ross with his favorite Speed Graphic Camera with a flash attachment.