US and Canadian Armed Forces 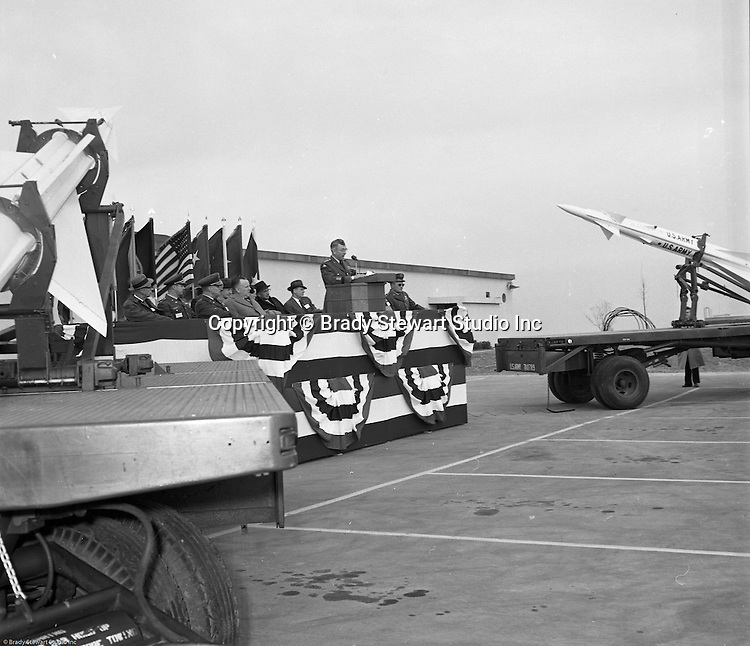 Pittsburgh PA: US Army General Robert Wood and base personnel conducting a press conference announcing the new Command and Control Center status of the Oakdale NIKE site. The Oakdale site became the command and control center for all the regional NIKE sites after the enhanced radar systems were installed.
Brady Stewart Jr. was authorized to photograph the press conference and tour the new command center due to being a US Army staff photographer during WWII.
© Brady Stewart Studio Inc